For nearly two hours on Tuesday afternoon last week, committee room R in Portcullis House at Westminster thronged with MPs and Science is Vital supporters who had travelled — one from as far afield as Aberystwyth — to tell them about the threat of Brexit to UK research.

We were unfortunate perhaps that the timing of the lobby coincided with the start of the debate on the bill to trigger Article 50, which obviously drew many MPs into the chamber of the House of Commons across the road. But we were impressed by the number of MPs, around 20, who took the time to listen and to talk – including Stephen Metcalfe (Conservative), chair of the Commons Science and Technology Committee.

What they heard from us and our supporters were many deeply felt expressions of concern. Concern triggered not just by the loss of access to flexible and valuable sources of research funding, but also by the detachment of Britain from the productive networks of EU researchers. And the outrage and frustration at the way the EU nationals working alongside us in the UK have been left dangling by the fallout of the referendum. 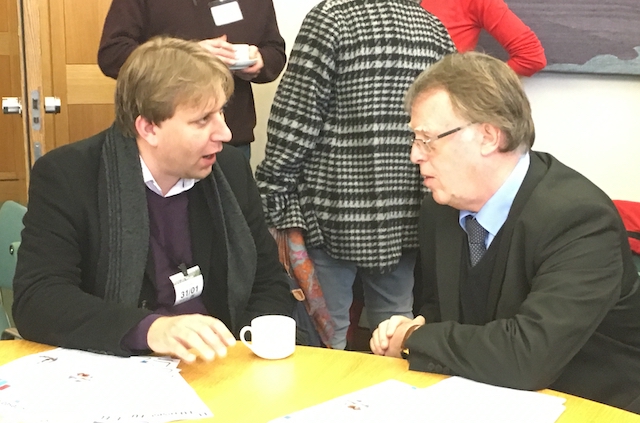 Towards the end of the two hours, we decamped to the Central Lobby in the House of Commons aiming to snag a few more MPs. Several of our supporters succeeded, catching, among others, Emily Thornberry (Labour) and Nick Clegg (Lib Dems).

We even managed to grab a word with Jo Johnson, the Minister with the science brief at the Department of Business, Energy and Industrial Strategy (BEIS). He was trying to be upbeat, pointing out that future ambitions for UK research had been mentioned prominently in Theresa May’s recent speech at Lancaster House and were to the fore in the government’s new industrial strategy, backed by £4.7 billion of new investment. And, indeed, these are significant indicators. But Johnson also acknowledged that there was still work to do across government on the messages that are going out to EU nationals working in UK universities and research institutes.

Most of the MPs at the lobby were sympathetic to our case. And grateful for the first-hand accounts of the impacts of Brexit on researchers working at ground level. We hope that such stories will stiffen their resolve in the months of negotiation and debate that lie ahead. The exchanges were also a useful reminder of how important it is to get across to politician the details of the workings of the EU research ecosystem. It’s easy to forget how many different issues MPs have to grapple with on a day-to-day basis. Those we spoke with were glad to get the briefing document we had prepared. 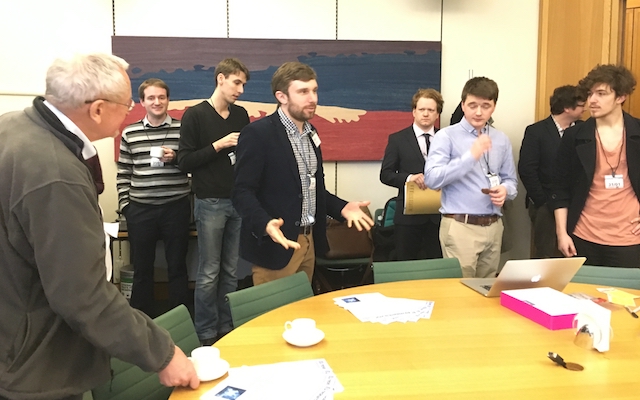 But some were not so in tune with our messaging. Chris Green (Cons) insisted that UK scientists should be more upbeat, while others suggested we “hope for the best”,  maintaining that Britain “would get a good deal”.

Those counterviews give some indication of the task ahead. The future remains tremendously uncertain. The lack of any substantial detail in the Brexit White Paper (published last Thursday) on the UK’s plans for refashioning its relationship with EU research programmes is deeply disappointing – and should be a further spur to action.

And while it was fantastic to see real researchers descend on Parliament to put the case for science directly to their representatives — some for the first time discovering that it’s not actually that difficult! — the job is far from over. We need more people, many more than the thirty or so who braved the January weather, to carry on the fight. In the past several months Parliament has fought – doggedly in some corners – to win back influence over the government’s plans for negotiation. That fight has to go on.

We need people to keep writing to their MPs to remind them exactly of the consequences of Brexit. Please take the time. Take your cue from the notes we have prepared and make sure your MP gets a copy of the two-page briefing document. Better yet, visit them in person in their constituencies and deliver that document by hand.

In the weeks to come we will increasingly be aiming our messages at the Department for Exiting the EU – and the associated parliamentary committee — to ensure officials there fully understand the importance of maintaining close and productive ties with EU research mechanisms.

Thanks once again to everyone who turned up for the lobby. We have made a start but there is so much more to do. We at Science is Vital can help rally the troops – but we will only succeed by harnessing more voices from the research community.