Our reaction to UK Budget 2017

It’s budget day, and the government is to announce more details of its plans for research. In short: the ambition is certainly in the right direction, but there’s still a long way to go. 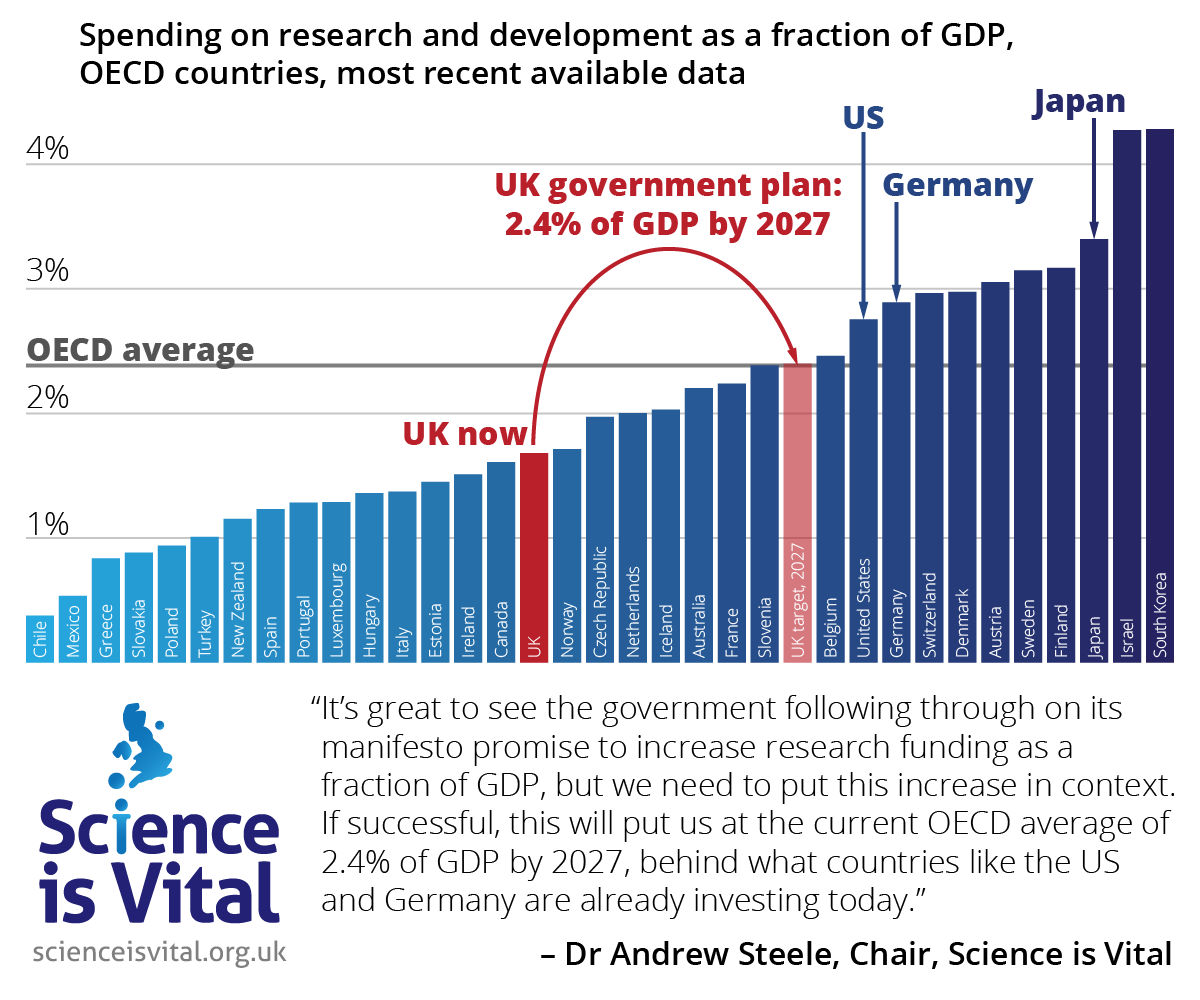 In their manifesto for this year’s election, the Conservative party promised to increase R&D spending from current levels—around 1.7% of GDP—to 2.4% by 2027, with “a longer-term goal” of reaching 3%. Today’s budget should begin to reveal the details behind this commitment, giving us insight into how we can expect spending to rise—and how fast.

At Science is Vital we’ve been calling for an increase in research funding as a percentage of GDP since 2013, so this is welcome news, but also important to put in context. Our infographic shows how the government’s commitment places the UK internationally, as part of the OECD group of economies.

The planned R&D spend in ten years’ time just about gets the UK to the current average for the OECD, and behind many advanced economies like the US, Germany and Japan. It’s also worth noting that R&D figures frequently lag a bit behind the times, and most of these numbers are actually from 2014! With global investment in R&D at record highs, if this trend continues we could still find ourselves trailing the middle of the pack by 2027.

Science is vital for our health, our environment and the economy. It’s also vitally important that the UK sends strong signals to the world that we’re serious about research, particularly considering the very real disruption Brexit is causing to our highly international science base. We need to continue to make the case that the UK must increase its investment in research in order to be a serious player internationally.

“It’s great to see the government following through on its manifesto promise to increase research funding as a fraction of GDP, but we need to put this increase in context. If successful, this will put us at the current OECD average of 2.4% of GDP by 2027, behind what countries like the US and Germany are already investing today.”