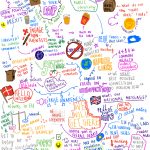 We had a successful AGM last night with 35 attendees on a hot late summer’s night. (Lord) David Willetts gave his view on the science funding landscape now coloured by Brexit and took a few questions.

Official report of the meeting

On 13th September, 35 attendees gathered at Charles Darwin House for a successful AGM. Joining us was Lord David Willetts, who shared his thoughts on what Brexit might mean for UK science and urged people to encourage their MPs to prioritise science in any future European negotiations. This is a sentiment shared by Science is Vital, and we’ve just produced [a guide to writing to your MP] to help you do just that.

Lively discussion centred on the pivotal issue of continued investment in UK science and innovation, with a focus on UK research funding ahead of this year’s Spending Review and Autumn Statement, maintaining access to EU research programmes following the pro-Brexit result in the referendum, and an announcement of Science is Vital’s revitalised campaign goal; to make a commitment to spending 0.8% of GDP on R&D a feature of every political party’s 2020 manifesto. No small feat!

With Prof. Stephen Curry and Dr. Jenny Rohn both stepping into Advisory roles, there was much enthusiasm among volunteers keen to join the Executive Committee, resulting in the appointment of nine new members and bringing the total to twelve. This dynamic, new group will be chaired by former Vice-Chair, Dr. Andrew Steele.

Additional volunteers are always welcome, and with the renewed campaign gathering pace in the face of an uncertain future, there really is no better time to get involved in protecting and promoting research in the UK.

Minutes from our 2016 AGM and the Finance report from 2016 (PDF) are now available to view.

Unofficial report of the meeting

You can see the full video recording of the meeting here (starts at 31:34):

We had sufficient members volunteer to join the executive committee which is now chaired by Dr Andrew Steele.