SIR – We urge the Government to demonstrate its long-term commitment to funding science and engineering as part of a strategy to boost growth and enable Britain to meet the social and technological challenges of the 21st century.

In 2010, the core research budget disbursed by the Department for Business, Innovation and Skills (BIS) was ring-fenced. However, the overall science budget has since been eroded by cuts in capital expenditure by BIS and to research and development in other departments, combined with the depreciating effect of inflation.

The Government has introduced some specific targeted funds since the 2010 settlement. These are welcome, but they only slow the reduction of scientific activity in Britain, when our economic competitors are boosting their research spending.

The Government understands that public funding of science is crucial to growth, but that understanding needs to be translated into sustained investment. It is vital that the policy of managed decline be reversed.

We call on the Government to increase research and development spending to at least 0.8 per cent of GDP – the G8 average – to enable us to compete more effectively with the leading economies of the world.

Although the UK science budget is our main focus, right now we need your help to protect science funding internationally. The EU funds a substantial amount of scientific research and the final details of their Horizon 2020 program, which will spend a large tranche of European money from 2014–2020, are currently being decided.

The budget at stake here is worth up to €100bn over seven years, but it’s under threat as member states look for ‘easy’ cuts to reduce deficits across the continent. We have to show European officials and politicians that science isn’t an easy budget to slash: we need to remind them that a strong research base is vital for the economic competitiveness needed ultimately to reduce budget deficits; that technology improves our lifestyles and health; and that science is a political issue which cannot be ignored.

As many of you will be aware, there is an online petition, which follows up on an open letter, signed by 42 European Nobel laureates and five Fields medalists, published in newspapers around Europe. So, please take a moment to sign it, and tell your friends and colleagues to do the same! The summit of the European Union heads of states will take place on 22-23 November, so please sign before this time to make a difference.

AGM and next Spending Review

Science is Vital announces its first AGM, which will be held on 13 September 2012. This is your chance to get more closely involved in what we do. The AGM comes at a crucial time for UK science. We are currently gearing up to lobby the Government to renew its commitment to science in its next Spending Review, currently projected by The Campaign for Science and Engineering to take place early, in 2013. As the economy is still struggling, we are worried that the Government might look to science for making convenient cuts and, working together with other organisations and campaign groups, we want to do everything possible to make sure this doesn’t happen. At the AGM we will collectively decide how to prepare for this extremely important challenge and discuss other issues that our membership feels are important.

Details about the AGM

Date: 13 Sept, 2012
Time: 7-10 PM.
Place: Christopher Ingold XLG1 Chemistry Lecture Theatre, Christopher Ingold Building, UCL, 20 Gordon Street, London WC1H 0AJ
Agenda: In addition to the formal AGM, we will have a line-up of interesting speakers and entertainers, plus food and a cash bar, so it should be a fun evening.

All full members of Science is Vital (those who have donated £3.14 or more to the campaign since 13 September 2011) will have voting rights. Others are welcome but will not have a vote.

Space is limited: please RSVP as soon as you can using this link: http://scienceisvitalagm.eventbrite.co.uk

On 5th October 2011 we submitted a report with the result of our Science Careers consultation to the Minister for Universities & Science The Rt Hon David Willetts, MP. We’re making it available to all interested parties. We met with Mr Willetts the following day to discuss the main points (read the meeting report).

The Executive Summary and full report are available to download.

Thank you to everyone who contributed!

The original Science is Vital Campaign had great support from the Wellcome Trust, Cancer Research UK, The British Heart Foundation, The Physiological Society and many other organizations. It could not have happened without their financial, practical and moral support.

We are a group of concerned scientists, engineers and supporters of science who are campaigning to prevent destructive levels of cuts to science funding in the UK.

Investing in research enriches society and helps drive the economy. It led to our preeminent position in the 20th century, and will be vital in meeting the challenges of the 21st – whether they be in energy, medicine, infrastructure, computing, or simply humanity’s primal desire for discovery. 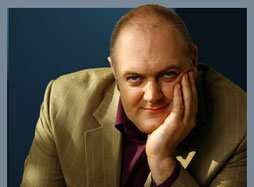 Dara O’Briain, the comedian with a degree in mathematical physics, says,

“If I wasn’t on tour I would be protesting in London with my fellow science geeks at Science is Vital – because it seems a good time to remind the Government that this country won’t keep winning Nobel prizes if they start to cut Science Funding.” 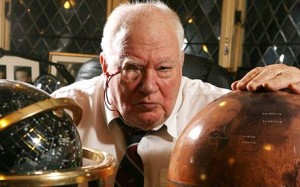 “If we cut funds for science we’ll be shooting ourselves in the foot…
I support the Science Is Vital campaign 200%!”

What you can do to help show that Science is Vital?

Science is Vital is proud to be supported by

The Science is Vital Coalition thanks the following for financial support:

and gratefully acknowledges the support of:

The UK has a proud history of excellence in science, technology, engineering and mathematics. We are world-leaders in many fields of research, producing over 10% of global scientific output with only 1% of the global population, and despite spending less on science per capita than most of our competitors.

Our world-class research universities and institutes which attract excellence and investment from around the world have made us a global hub for science. Nations such as the United States, China, Germany, and France have all recognized the importance of investing in science especially in austere times – it could be catastrophic for the UK to do the exact opposite.